“Those who cannot remember the past are condemned to repeat it” (George Santayana, 1863)

The burly tentacles of the Great Financial Crisis continue to grip and shape many parts of our daily lives.

The 10 year anniversary of the collapse of Lehman’s is a good one for reflecting on what we as investors have learned from this seismic event.

From the beginning of his academic career in the 1950s until his death in 1996, the theorist and economist, Hyman Minsky, laboured in relative obscurity.

That all changed in the aftermath of the crisis.

Minsky’s “financial-instability hypothesis” was an examination of how long stretches of prosperity have tended to sow the seeds of the next crisis.

According to Minsky, in good times, market participants become inattentive to assessing, quantifying, and managing risk. The discipline of risk management wastes away; risks are underestimated and under-hedged.

As a result, imbalances and vulnerabilities gradually build up within the financial system, which eventually culminates in a crisis.

However, before the collapse of Lehman’s and the wider Great Financial Crisis, the prevailing orthodoxy within macroeconomics was entirely different. Efficient markets and rational expectations were the buzzwords.

At the centre of these dogmas, and the models they spawned, was ‘Homo Economicus’, a vision of humanity as perfectly and consistently economically rational. In this world, asset bubbles were avoided by these sensible automatons rationally reducing exposure to risk as booms progress. Essentially bubbles were to be denied the hot air that feeds them by good common sense. The decades of relative economic peace, the Great Moderation, that endured through his life time helped promote this ideal.

It may seem obvious with hindsight, but the Great Financial Crisis shattered this orthodoxy and taught us that markets and the financial system aren’t self-regulating; that they can be prone to bouts of over-exuberance and excessive risk-taking (figure 1), and the repercussions of their failure can extend far beyond their own sectors.

Finance goes through booms and busts 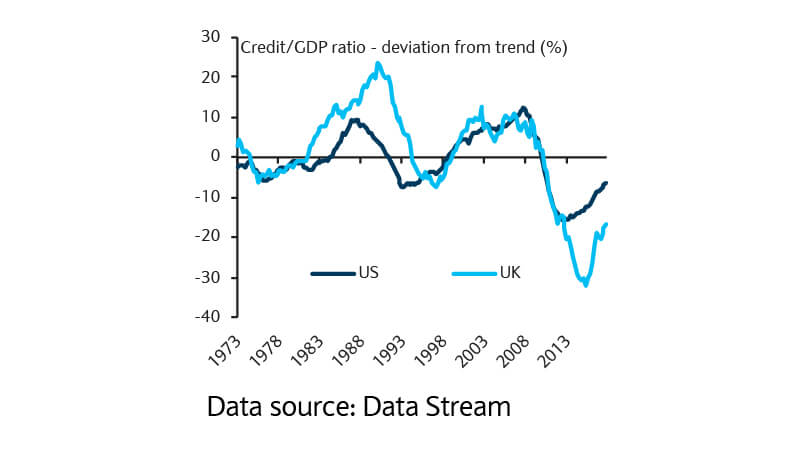 For investors, this very human tendency to bouts of extrapolative optimism or indeed pessimism provides opportunity amidst mispricing.

Imperfect humans are one of the reasons why we think there will continue to be a role for both active and passive investments in the world we live in.

Markets do price incoming information efficiently, but these behavioural biases are important in giving us the opportunity to earn a little more than the return from simply investing in the entire market (if we can avoid the same behavioural pitfalls of course).

2. The importance of active (independent) central banks to society

When the crisis hit, we may consider ourselves fortunate that it was a student of the mistakes of the Great Depression sitting in the world’s hottest seat. Federal Reserve Chair Bernanke and his colleagues at the US central bank surely deserve considerable credit for the role they played in averting a depression.

The policy mistakes that played a role in the economic and social horrors of the 1930s were not repeated. Aside from aggressively slashing rates, the Federal Reserve famously undertook the unconventional monetary policy of conducting large scale asset purchases (quantitative easing) in order to lower long-term interest rates (figure 2). 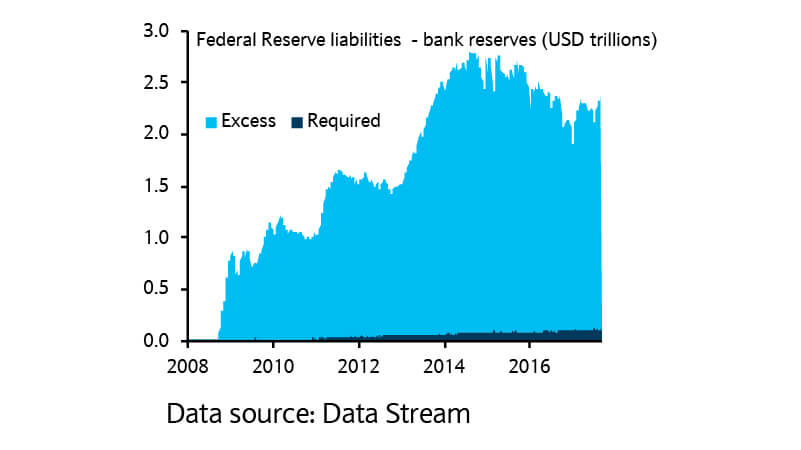 Importantly in the context of the first lesson, it also led to central banks taking a much more active approach in regulating the financial sector. Higher capital requirements, multi-agency stress tests on systemically important banks, and prohibitions on proprietary trading are some of the regulatory changes that followed the crisis.

As a result, the financial system’s most systemically important institutions are more resilient to sudden shocks compared to the past decade (figure 3). 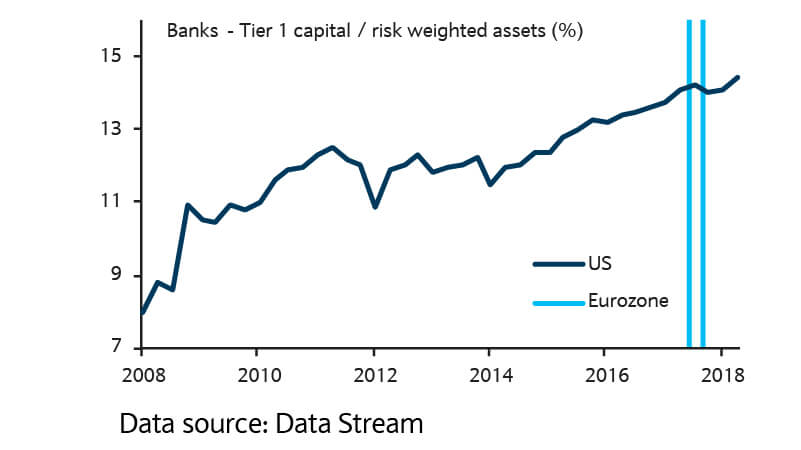 The crisis reinforced the incredible importance of a competent central bank, with the ability to administer the right dose of monetary medicine to the economy, as well as the scope and incentives to play party pooper if needs be to avert future financial crashes.

3. The virtues  of taking a  long-term view

We have often made the point that even if you had been unfortunate enough to buy right at the peak of the S&P 500 ahead of the crisis in the fourth quarter of 2007, you would still have doubled your invested capital by today.

Of course, if you had skipped the crisis and bought right at the bottom in 2009, you would have multiplied your investment five times (figure 4). 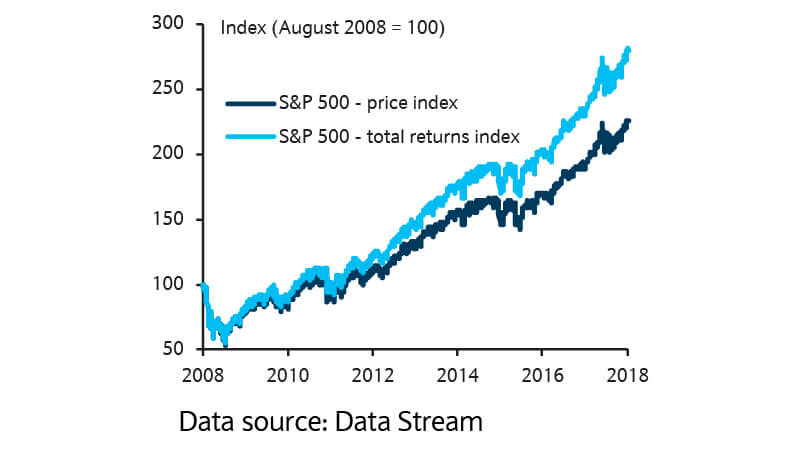 However, in spite of the golf course boasts to the contrary, there were few such investors.

Ironically, it was the severity of the crisis that set the stage for the market’s dramatic rebound. The crisis led to massive write downs of financial assets at banks, insurers and some large manufacturers with substantial financing departments, resulting in the largest proportionate fall in corporate earnings on record. 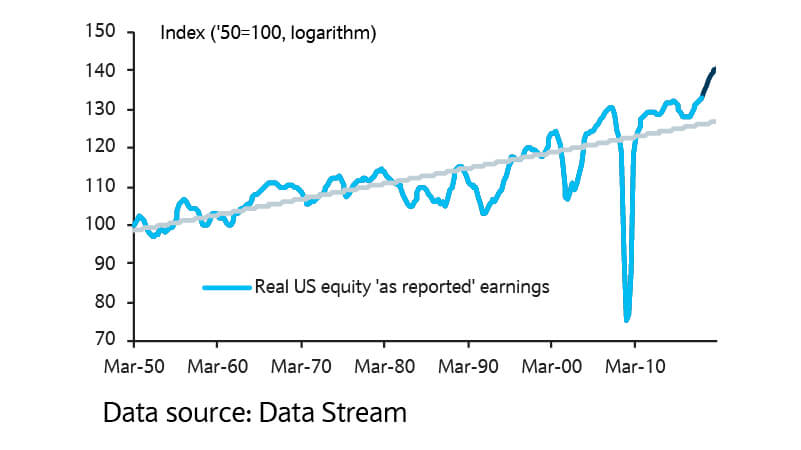 Today, US corporate profits are now 15 times, or about 1500% higher than the low point reached in 2009, as companies have benefited from a world economy that has consistently confounded its many detractors.

The performance of the US stock market 10 years on from the Great Financial Crisis is a testament to the virtues of taking a long-term view of investing – the longer your time horizon, the higher the investing odds are stacked in your favour (figure 6).

Taking a longer view pays off 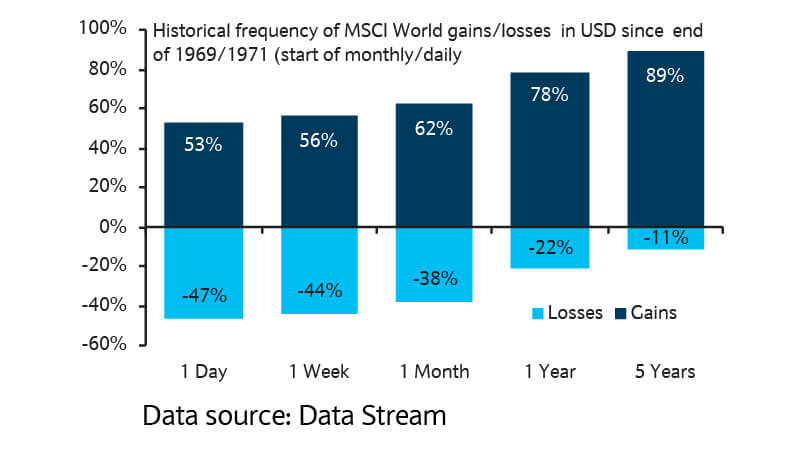