Traditional notions of philanthropy are being redrawn. A smarter giving approach, brought by a new generation, is making donating more effective, impactful and personal.

The world of giving is changing

A new generation is stepping up to reframe philanthropy, while technology is making giving more efficient and widening choice.

This emerging group of charitable givers can have a major influence on the actions of their parents, not only emphasising the social and environmental aspects of a family business, but also guiding their family’s commitment to charitable giving.

For this younger generation, there is also a sense of activism about engaging directly with causes.

A new way of donating to projects is illustrated by GlobalGiving, a crowdfunding platform that allows individuals, companies and foundations to donate funds to a wide range of non-profits. Another platform, Maanch, plans to match global capital with people and projects around the world, to help achieve the UN’s sustainable development goals.

Often projects are the result of an individual thinking differently or trying to break the mould – and finding that others want to join them on the journey. For example, Richard Curtis and Lenny Henry had the idea in 1985 to make money for good causes by making people laugh. In the decades that have followed, Comic Relief has raised more than £1 billion.

Honesty and transparency are likely to play a greater role in the giving equation if the lack of faith between wealthy givers and charities is to be addressed. One way to ensure your money is going to the right place is by measuring its impact. GiveWell is a non-profit founded by a group of hedge fund managers that helps donors decide where to give by researching how much good a particular programme does, per dollar spent. Its list of top charities, which includes the Malaria Consortium and Sightsavers, is backed with evidence that proves they require additional funding.

However, while numeric assessments are valuable, a more qualitative approach can be more useful for many potential wealthy donors. That means meeting key management, and understanding the people working in the charity and what they do. Sarah Ridley, former executive director of the Tubney Charitable Trust, believes that building strong relationships with the management of potential candidates for funding is extremely important.

“Having developed our understanding of the strategic and business goals of the organisation and of the strength of its management team, we were confident that it would deliver our shared objectives. So we then felt less compelled to measure the ‘results’ of our funding,” she says.

There are many new and effective methods and structures being used by the wealthy to give back. And as a younger generation becomes increasingly involved in charitable giving, it’s encouraging to see the impact – borne of their fresh thinking – that’s helping to make the world a better place 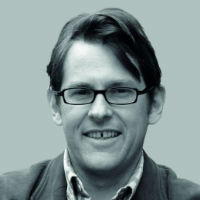 Bringing the family trust into the 21st century

“The instinct to make a positive contribution to society is strong amongst us all,” says Mark Sainsbury of the 17 independent grant-making entities that comprise the Sainsbury Family Charitable Trusts. While all have their HQ in a single office in London’s Victoria, each is actively led by a single member of the family, and their combined support for causes over more than 50 years represents one of the leading examples of sustained philanthropy in the UK.

The Trusts are free to decide which charitable causes they support. Mark Sainsbury, one of the family’s younger members, leads the Mark Leonard Trust, whose work is in four main areas: youth justice, music for good, sustainable food and climate change.

After 16 years of what he calls “traditional philanthropy”, Mark’s trust changed its model to focus on forming closer, long-term relationships with a smaller ‘portfolio’ of charities. He was also struck by the ethical gap he witnessed between his trust’s investments and its mission.

The result? The founding of Europeans for DivestInvest (together with his sister, Sarah Butler Sloss) in 2014. This leads campaigns for charities to divest from fossil fuels and invest in climate solutions. Sainsbury says that he and his siblings have also been moving more and more of their endowments into impact investments that seek to do good as well as make a financial return.

Your passion has to underpin everything that you do 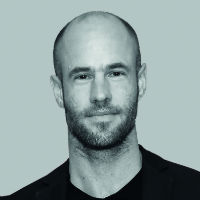 Inspired by travel and making a difference

Cameron Saul, son of Mulberry founder Roger Saul, volunteered with an educational charity in Uganda during his gap year and was inspired by their work on the ground. While there, a friend brought him a handbag made by a local villager from recycled bottle tops and leather offcuts. This ‘fundamental moment’ transformed Saul’s approach to philanthropy. In 2002, he launched the Bottletop Foundation, which works with grassroots organisations helping to tackle sensitive issues such as the prevention of HIV/AIDS and unplanned teenage pregnancy.

Ten years later, he co-founded the for-profit Bottletop Fashion Company, which makes luxury fashion items from recycled materials, donating 20% of its profits to the Foundation. “Your passion has to underpin everything that you do because that is the fuel that will carry you the distance,” he says.

We are changing the lives of women… 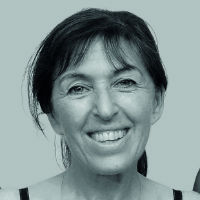 CEO of Walk the Walk

Nina Barough woke one morning with the ‘fun’ idea of power walking the New York Marathon in a statement bra with her friends to raise money for a good cause. At the time she had no experience of fundraising or taking part in a marathon. Nor did she know anyone who had been affected by breast cancer.

But 23 years later, her charity Walk The Walk has raised more than £100 million for breast cancer research and funding projects, particularly through its flagship MoonWalk events, in which women complete a marathon or half marathon distance at night dressed in brightly decorated bras. “The charity never stops evolving,” she says. “We are changing the lives of women, encouraging them to exercise, to get fit, to look at their diet and focus on the walks.”

Something that I hope will change the world, even if only in some small way 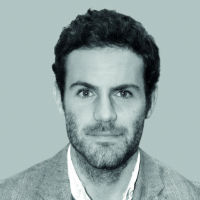 Professional footballers can often live a blinkered life in which the problems of the outside world barely register. Manchester United star Juan Mata chose to step outside the bubble to try and deliver long-term social impact when he founded Common Goal.

“Something that I hope will change the world, even if only in some small way” is how he describes the project, which asks fellow footballers to donate 1% of their salaries to charity. The money is distributed to a group of 120 football charities working on social projects around the world. They tackle the United Nations global goals by using the power of team sport and organised coaching on the ground to create community and social inclusion. This ranges from gender equality in India to peacebuilding in Colombia and refugee integration in Germany.

Mata launched the project in 2017 and more than 100 players have joined, as well as some administrators and managers. This has become something of a movement in world football with managers such as Liverpool’s Jurgen Klopp and the US football team’s World Cup winner Megan Rapinoe committing to the project.

Common Goal still has a long way to go before it achieves its aim of “unlocking one per cent of the entire football industry’s revenues”, but Mata remains fervently optimistic. “It changed my life and it changes plenty of other lives as well.”

A ‘lack of faith’ between wealthy individuals and charities is a key obstacle to giving in the UK, our latest report Barriers to Giving has found. The UK’s philanthropic donations amount to just 0.5% of national GDP, compared with 2.1% in the US. This lack of major donors is having a considerable impact on UK charitable funding.

The future of giving is Smarter Giving

There is no doubt that philanthropy is a powerful force, transforming lives on both sides of the giving equation. But many misunderstandings and barriers exist around the subject, deterring potential givers from donating money and time to deserving causes.

The future of giving is Smarter Giving