Corporate earnings in the spotlight

European earnings are lagging behind the US for Q4 2018, but a sharp slowdown in earnings per share may be on the horizon for Q1.

To date, more than two-thirds of US companies have reported on their earnings for Q4 2018, while Europe is in full swing in its Q4 reporting season.

In this article, we highlight the key takeaways from Q4 earnings season so far. We also provide a take on how consensus forecasts for US and European earnings have been evolving over recent months.

US earnings per share (EPS) growth for Q4 so far stands at least a solid 15% year on year. Top line revenue growth has been positive as well, running at over 7% year on year.

There is some tentative evidence that slowing economic activity from abroad has started to weigh on earnings, with the more domestically oriented companies outperforming in terms of revenues and earnings.

Meanwhile, European earnings continue to trail those of the US.

Roughly a third of the companies in the main European stock indices have reported on Q4 results so far, with EPS and top line revenue growth for the Euro Stoxx standing at a measly -2% year on year and +2% year on year, respectively.

Looking at analyst estimates, we see that EPS growth is expected to slip slightly into negative for Q1, while improving later this year.

The calm before the storm?

Already, in the US, more and more companies have been hinting at negative EPS guidance for Q1 earnings.

This sharp slowdown in earnings growth forecasts is no doubt due to the high base from previous tax cuts, but also due to slowing growth expectations for both the US and overseas markets.

This sharp slowdown in earnings growth forecasts is no doubt due to the high base from previous tax cuts, but also due to slowing growth expectations for both the US and overseas markets

Rising trade tensions have not helped, neither have Italy’s political problems.

Meanwhile, the German economic powerhouse has been hobbled by a necessary retooling of its auto manufacturing sector and the abnormally low levels of the Rhine.

Yellow vested popular discontent has had a similar effect on the French economy.

The last time we observed negative earnings growth for equities was in 2015 to 2016, when earnings also contracted amidst a slowdown in economic activity and collapsing commodity prices.

In the run up, stock indices fell by more than 10% as investors priced in the earnings headwinds. The closing months of 2018 feel eerily similar.

As economic growth slipped, investors started to worry again about when the US economy might potentially slip into recession.

Despite double-digits EPS growth in the US, most US stock prices fell by around 10% (figure 1). 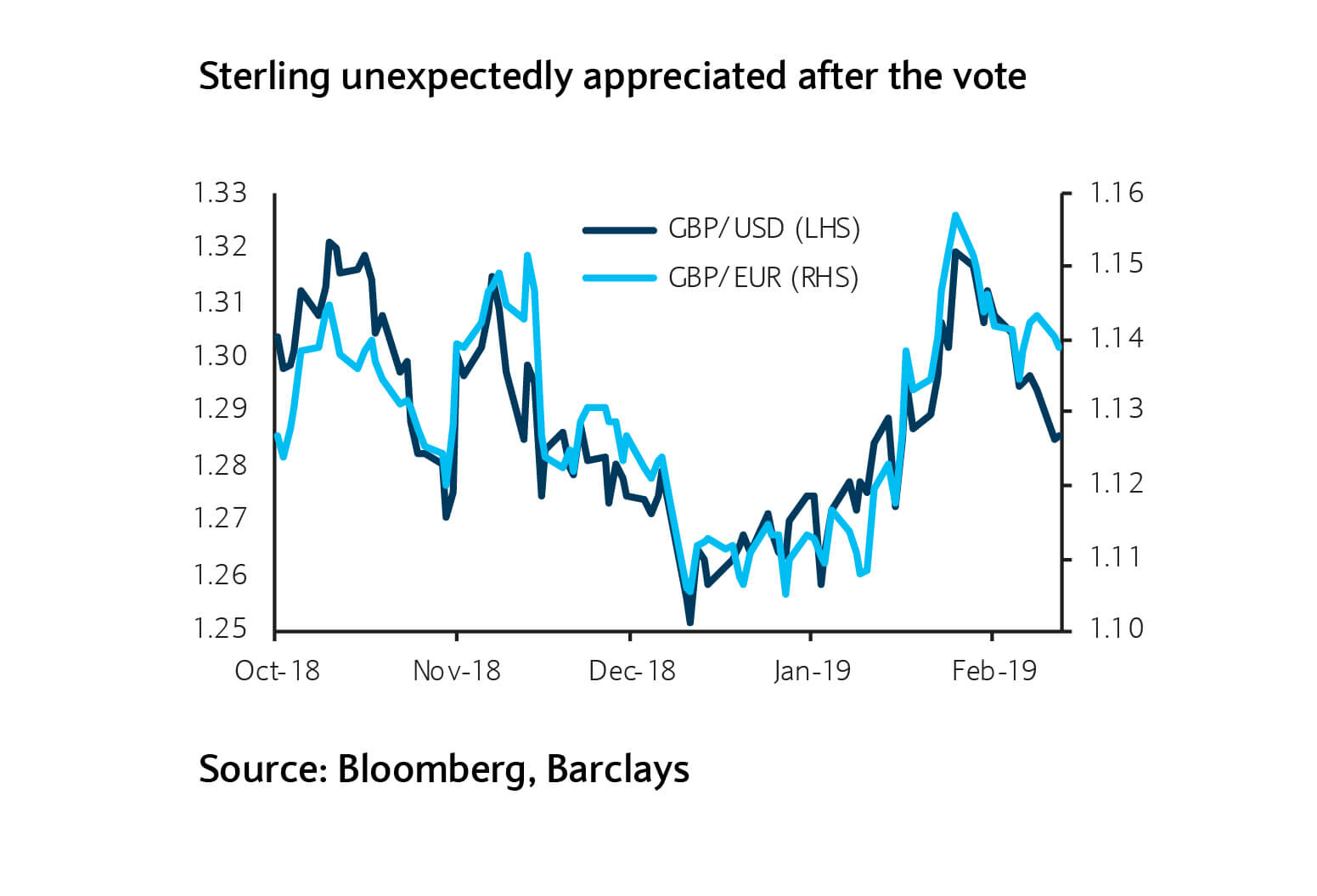 Sharp adjustments like these generally provide opportunities for investors to assess how far valuations have improved, given the macro backdrop.

Although this time most investors were given little time to evaluate, as the reversal seen so far this year has been equally sharp, as stock prices are now about 10% higher than at the start of this year. 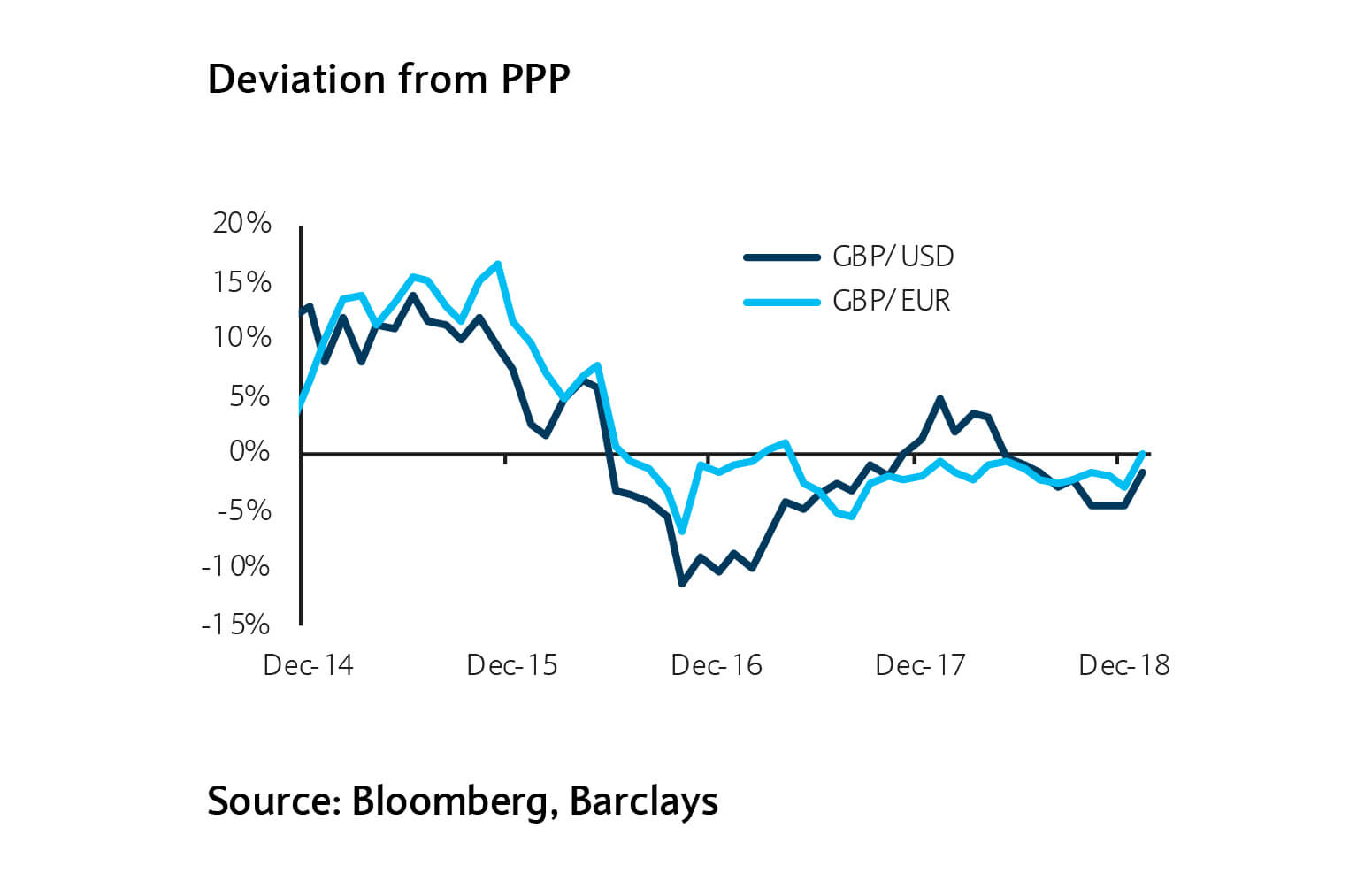 We remain wary of Europe’s ability to actually meet these earnings forecasts.

Rising input and wage costs may now start to weigh on margins for 2019 – a view that doesn’t appear to be priced in by analyst forecasts.

Meanwhile, a darkening growth outlook for the regions will likely show up in more anaemic or absent revenue growth (around 40% of the MSCI Europe ex-UK’s revenues are sourced from the EU).