With the UK economy having very little to do with its stock market, it is left to the UK’s currency and bond market to reflect the twists and turns of the Brexit saga.

Sterling has been feeling the heat for a while, depreciating versus the US dollar over much of 2018.

However, more recently we have also started to notice the potential for a ‘no deal’ Brexit appear more prominently in fixed income markets.

Perhaps this delayed effect is a function of some assets being less liquid and therefore only sensitive to more sizeable prospective impacts.

We are now starting to see some pockets of UK bond markets diverging from counterparts elsewhere.

One area is UK high yield bonds, where we see that UK BB-rated bonds have recently started to underperform euro zone and US counterparts (figure 1). 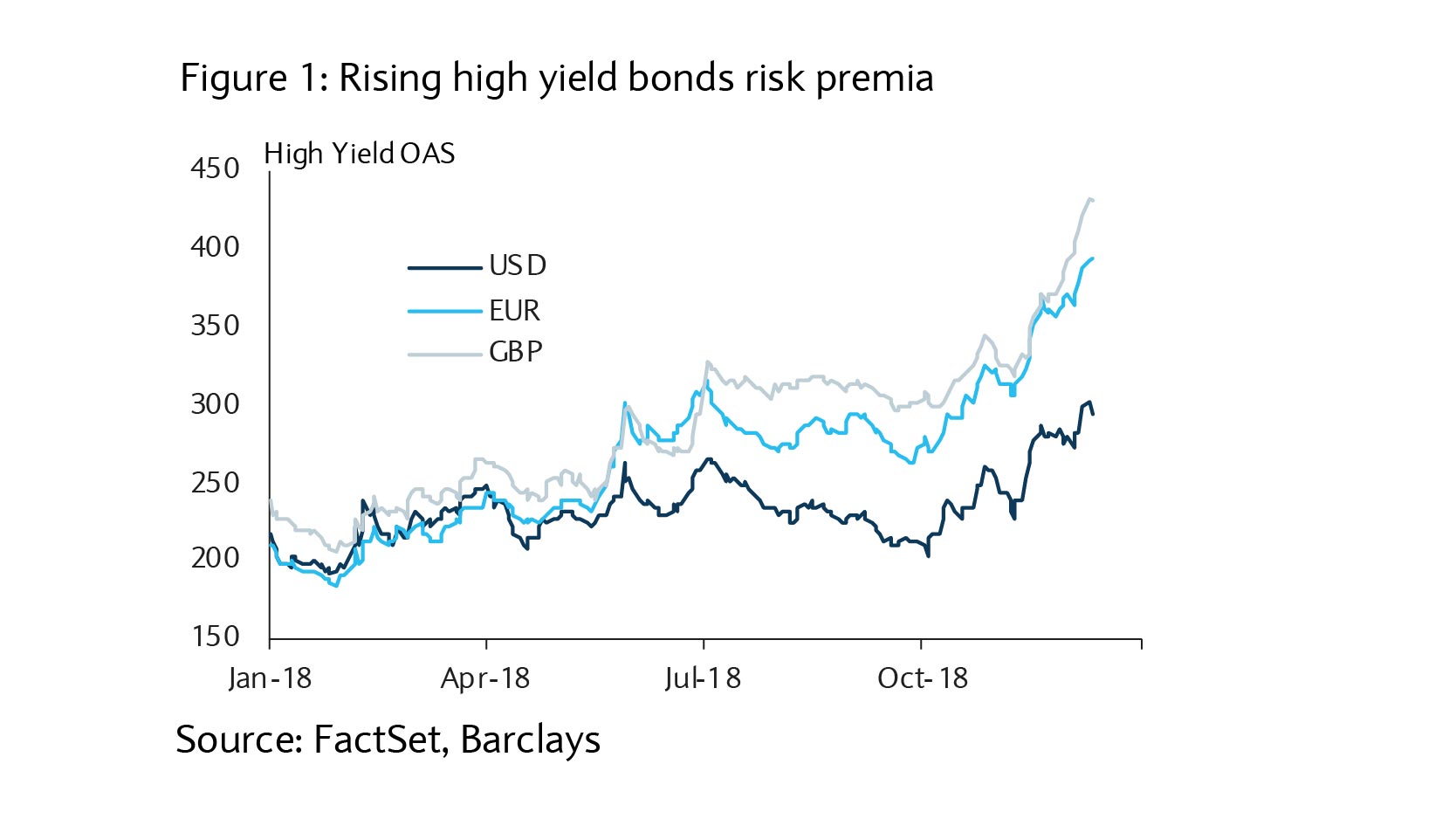 Despite the Eurozone having its challenges with the Italian budget negotiations, related speculative bonds have still outperformed their UK counterparts.

As there is greater uncertainty or even an increased risk of a shock in the case of a no-deal Brexit, investors are anticipating that the risks of corporate defaults may be rising.

It appears high yield bond investor are now starting to demand a higher compensation for holding these assets.

High yield bonds in the UK and the euro zone now command a sizeable premium over US high yield bonds, whereas at the start of this year risk premia were more-or-less aligned.

Another area where we start to see a divergence is in inflation linked bond markets. 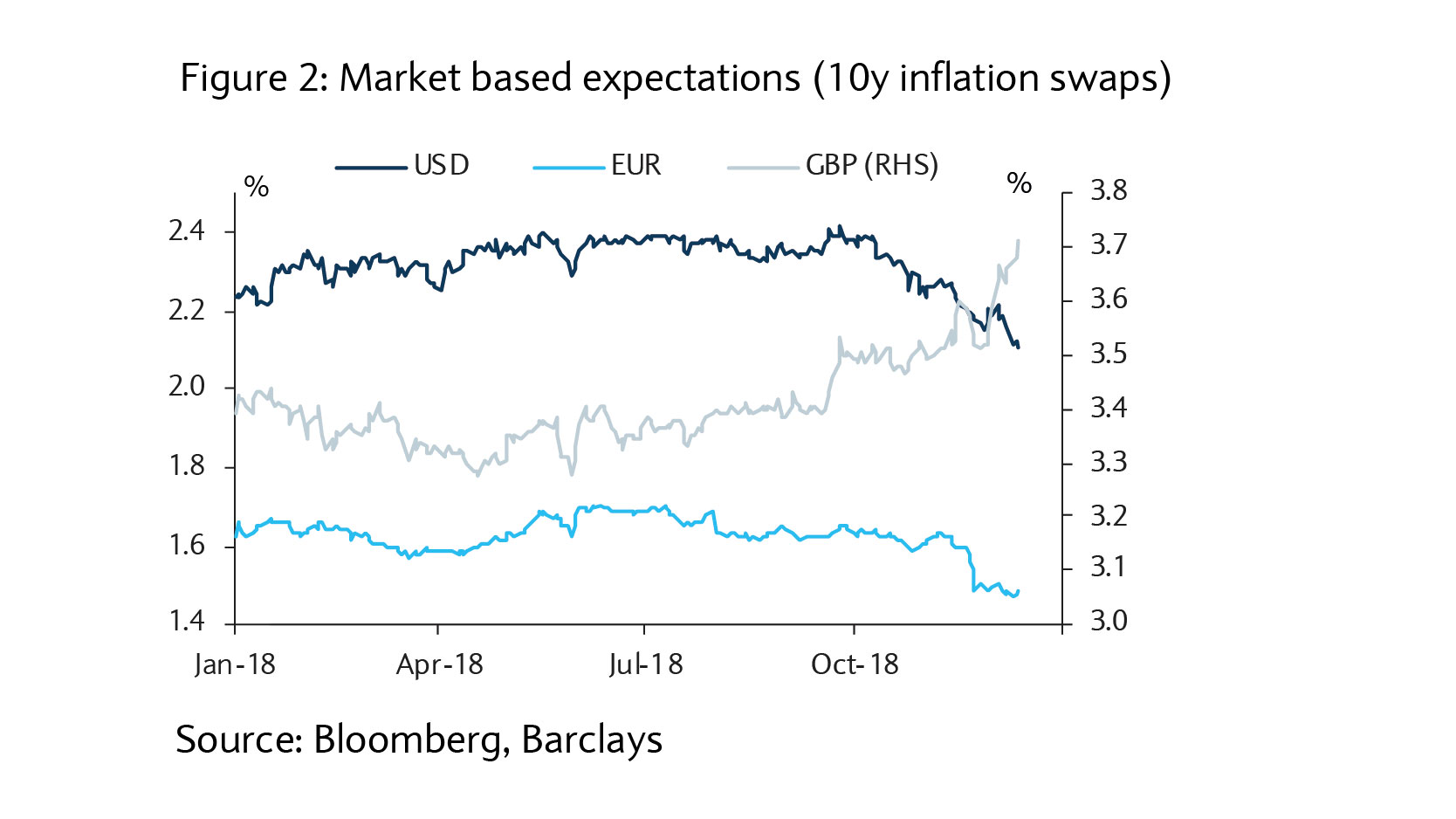 As the price of oil has dropped quite significantly recently, and energy is a sizeable proportion of consumer expenditures, we see that inflation linked bond markets have adjusted across geographies and are now pricing in lower prospects for inflation (figure 2).

In contrast, we observe that Gilt markets have started to price in an acceleration of inflation, despite this drop in energy prices, indicating investors are anticipating inflation to accelerate quite substantially in the potential ‘no-deal’ scenario.

An opportunity for investors or speculators?

At Barclays Private Bank, we are constantly assessing how capital market prices adjust to incoming information. In order to invest rather than speculate, we also have to assess whether those price changes reflect the ever-changing fundamental backdrop or at least a plausible range of potential outcomes.

Changes in the outlook for the UK economy, the likelihood of Bank of England policy changes and asset valuations are just some of the factors investors will need to consider.

At the moment, we feel our visibility on the fundamentals is too uncertain, as future equilibrium states may structurally change depending on the outcomes of the withdrawal process and agreement, making references to past states of equilibrium less reliable (for example valuations).

For now, we will monitor the developments closely and as the fog on the horizon sufficiently clears to make an assessment on the fundamentals, we will revisit these dislocations and assess whether there are any attractive investment opportunities.