What's next for oil?

A crucial driver of oil prices is anticipated in early September, as the next Declaration of Cooperation’s (DC) group’s joint ministerial monitoring committee meeting will take place in Algiers. To celebrate its two-year anniversary, it is likely that this will not just be a meeting of OPEC representatives, but also ministerial level representatives.

The meeting follows the decision back in June to ‘strive’ to return to 100% compliance, with existing production cut deal of 1.9 million barrels per day, rather than continuing to over comply with that deal.

The 100% compliance level, however, was always a rolling target. In other words, the DC group effectively agreed to match barrel for barrel the incremental outages from for example Iran and Venezuela.

Given that not all members have the capacity to increase production, the supply increase is to be filled by those who have spare capacity (figure 1). 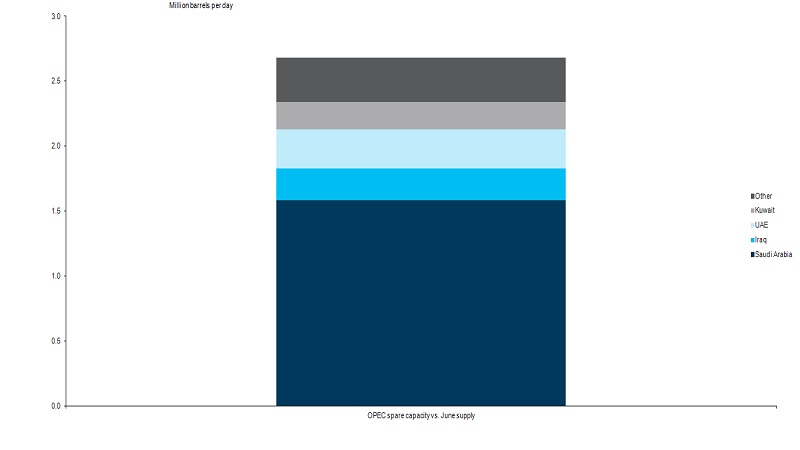 This includes Saudi Arabia, Iraq, UAE and Kuwait. Exactly how the additional production will be allocated was not agreed, but the Saudi oil minister has said that it will be dynamic, to ensure that overall compliance of the deal remains at 100%.

It can be expected that the meeting in September will bring more clarity on exactly how additional production will be allocated but the allocation led to increased tensions between members of the pact, as those who do have spare capacity gain market share at the expense of those members who do not. For example, Iran strongly disagrees that OPEC members should be allowed to freely make up for production losses in other nations and has publicly criticised Saudi Arabia for boosting production.

It took some time for the DC group’s June decision to result in a visible impact on oil prices, as worries regarding production disruptions dominated oil price sentiment during the weeks following the meeting. Out of nowhere, Libya lost a significant portion of its oil production because Libya’s National Oil Corporation had to declare force majeure on crude oil loading from several oil terminals.

Further to that, hawkish wording by the Trump administration increased fears about how much of Iran’s oil exports will be impacted by sanctions.

However In mid July, when Libya’s production situation got resolved, the bullish sentiment finally ended and oil prices took a decisive step downwards. Recently, rising inventories due to increased production have driven a further decrease in oil prices.

Until the September meeting takes place, the additional supply from the DC group most likely puts the market in a surplus in H2. This is already showing up in the front end of the Brent oil curve (figure 2), which has changed to a contango. 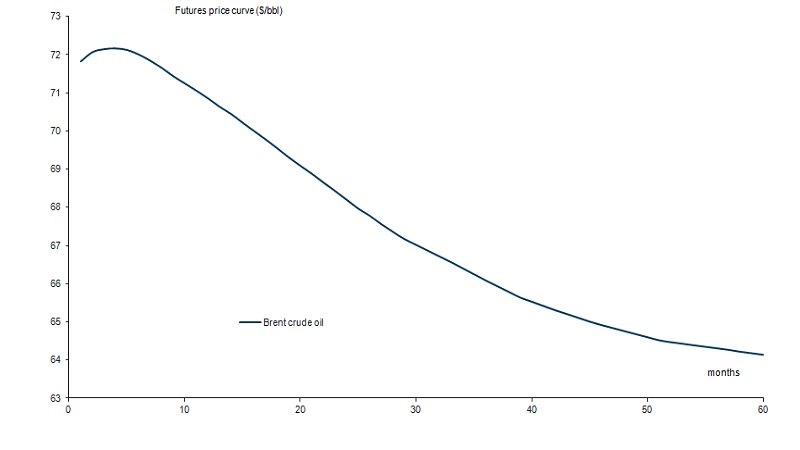 This implies a negative roll yield going forward. On the other hand, price risks are probably on the upside, with impacts from Iran sanctions looming and the market facing the prospects of only limited spare capacity left. By a small margin, oil remains our preferred commodity.