Welcome to the June edition of “Market Perspectives”, the monthly investment strategy update from Barclays Private Bank, which is also available to download as a PDF [PDF, 637KB].

This month we discuss how we believe potential investment opportunities are emerging in the face of increasingly negative market sentiment that appears unjustified.

Escalating trade tensions between the world’s two largest economies and rising fears among investors of an economic slowdown saw global equities fall by 6.2% in May. However, we think that the current consolidation provides a tactical opportunity for investors. We doubt a recession is likely this year and expect a resolution to the US-China trade wars.

Despite rising trade tensions, we believe that equities are likely to be supported by a belief that the US and Chinese leaders, along with the head of the US Federal Reserve, will act to underpin market valuations in times of stress.

Meanwhile, in the current environment we expect longer term rates to be kept low for longer. There is a risk that the worsening trade dispute between the US and China will push inflation higher in the second half of the year. That said, at this late stage of the cycle we still see few warning signs, including the recent inversion of the US yield curve, causing us to ring the alarm bell of an imminent recession.

At a time of low rates and in a period of market consolidation, we believe that collecting volatility premiums can be a useful way for investors to enhance total returns.

We remain relatively upbeat on the outlook for the economy and markets. 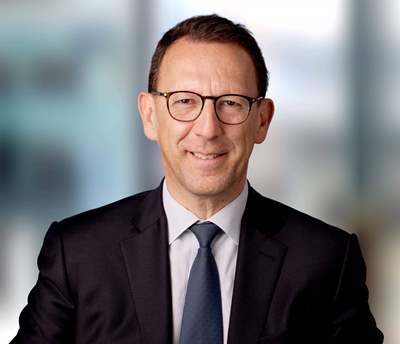 Sentiment turned very negative in markets in May as the US-China trade war escalated. However, sentiment now looks overly pessimistic. A recession still looks unlikely over the next year or so and we expect trade tensions to ease in time. So is it a good time to invest in equities?

Escalating trade tensions and an inverted yield curve are raising fears of slowing economic growth or even a recession in the not too distant future. Recessions are often difficult to call. So just how real are these fears and is it time to reduce exposure to risk assets?

The risk of an inflation surprise

Imposing a 25% tariff on all Chinese imports would likely increase US inflation by 50 basis points (bps) to 100 bps in the short term, according to recent surveys. As trade tensions escalate the world’s largest economies, how much will consumers bear the brunt of higher trade tariffs?

At a time of low rates, buying high-dividend yielding stocks is a popular way to increase portfolio yield. With future equity returns likely to be more muted a more diversified approach to enhancing yield may be called for. Is collecting premiums on selling options a strategy worth considering?

Improving US-China trade relationships are critical to the outlook for equities. The recent period of market consolidation, as sentiment worsened, is likely to continue. However, many investors are counting on the US and Chinese leaders, along with the US central bank, to ride to the rescue if market falls are too severe. Is this wise?

Lower US Treasury yields appear here to stay as uncertainty persists around trade tensions. At such times, possessing bonds with longer duration can provide a natural hedge in diversified portfolios. Does the duration and yield available on BBB-rated bonds more than compensate for their credit risk at such times?

The late stage of the economic cycle looks far from over as markets focus on escalating trade tensions. We believe that short duration bonds can cope with a flattening yield curve. Similarly, persisting earnings growth and dovish monetary policy should underpin developed equities, especially structural growth opportunities. We remain cautious on prospects for high yield bonds with valuations looking expensive.

All the articles published in Market Perspectives are also available to download here as a PDF:

Other editions of Market Perspectives

We give you versatility and a choice of services