US sanctions loom ahead of Iran’s flourishing oil price

Oil prices have shot decisively above US$80 per barrel in recent weeks, due to Iranian exports dramatically reducing and beliefs that OPEC and its allies are inadequately compensating losses.

September Iranian crude shipments fell to 1.6 million barrel per day (mb/d), down from 1.8mb/d in August and almost 0.9mb/d lower than highs seen in April, according to Bloomberg.

Whilst there were media reports that the Organization of Petroleum Exporting Countries (OPEC) and its allies (OPEC+) would look to increase output by an additional 0.5mb/d at their recent meeting in Algiers, they decided against any production increases.

With the start of US sanctions looming on 4 November, further downside to Iranian exports is expected.

The EU will most likely stop buying Iranian crude altogether, given the tight linkage of European companies to the US financial system.

How much China and India will decrease their purchases is less clear.

Regarding China, the largest buyer of Iranian crude oil (figure 1), there are media reports that Chinese buyer Sinopec Corp is halving loadings of crude oil from Iran, as the state refiner comes under intense pressure from Washington to comply with the ban. 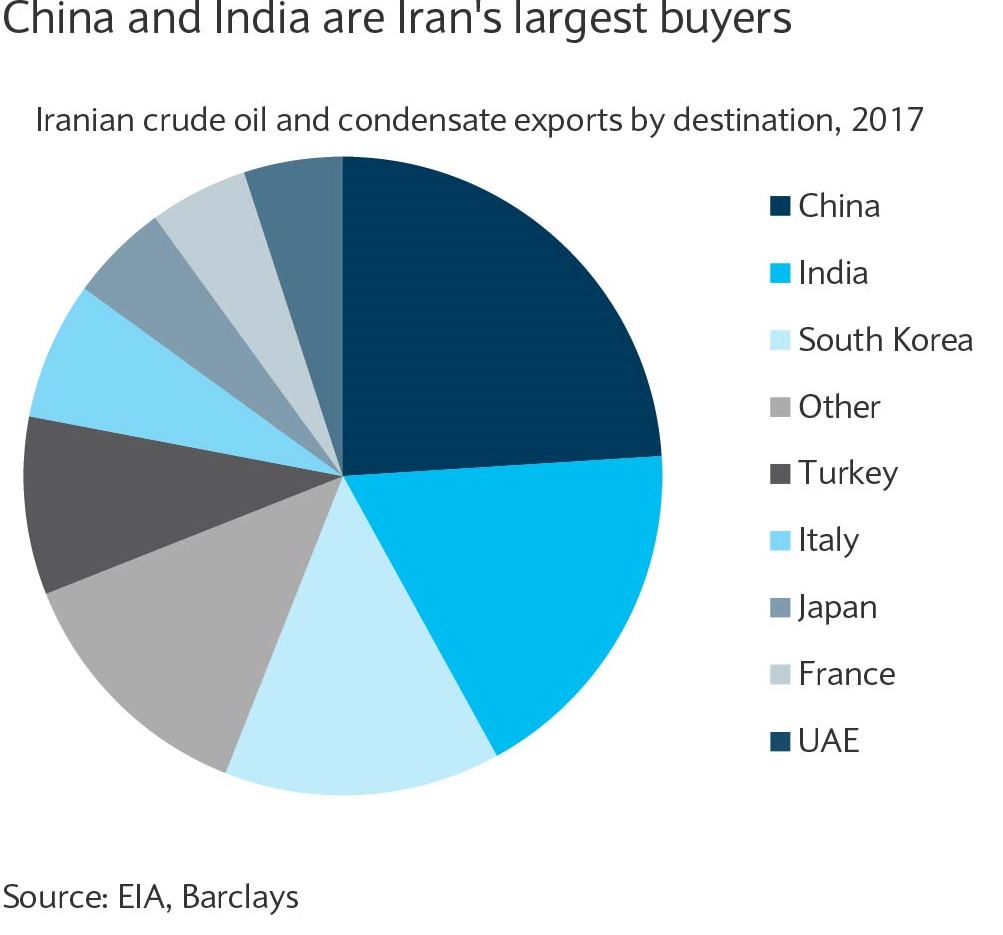 However, it’s likely that China will at least try to maintain purchases, tempted by the discount price of Iranian crude oil.

India is the second largest buyer of Iranian crude oil, and although it remains to be seen to what extent the US will issue waivers that will allow India to continue purchasing Iranian oil, it is likely the US will ask them to materially cut volumes.

The inaction of OPEC+ at their Algiers meeting has fostered the view that the additional decrease of Iranian crude will most likely keep the market in a deficit for the rest of the year, which should support prices.

Will winter flip the market balance?

Although prices may continue to rise from current levels for some weeks, the market is ripe for a correction.

Absent a disruption in the US Gulf of Mexico, Nigeria or Libya, fundamentals will anchor prices below US$80 per barrel in the medium term.

On the demand side, the macroeconomic outlook continues to deteriorate and global growth is no longer synchronous. Growth in Europe and Japan might be past its peak, global trade volumes are slowing and the outlook for some emerging markets has deteriorated.

On the supply side, despite the sharp reduction in production from OPEC members Iran and Venezuela, other OPEC members and more non-OPEC supplies have more than picked up the slack so far. In September, OPEC’s output was actually more than 0.4mb/d higher than it was in May.

In spite of this ramp up, spare capacity looks healthy.

It’s likely that with the oil market hitting a seasonal lull this coming winter, the market balance will flip to a surplus.

The long and the short of it

We will be closely watching the OPEC+ meeting in early December, but the curve, including its front end, is currently in backwardation (figure 2). 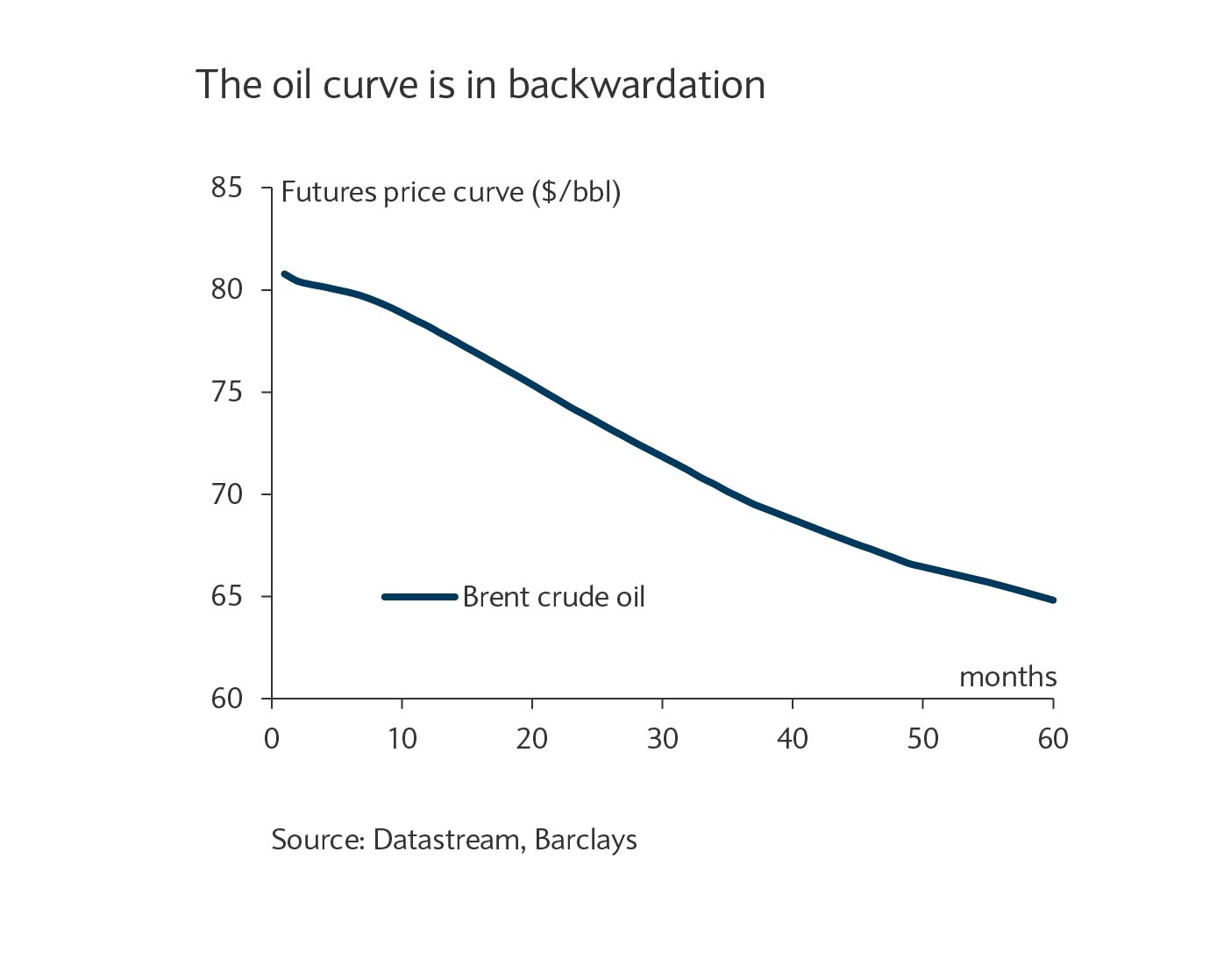 This means that, provided the spot price doesn’t change, investors can still make money by being long oil, from rolling a short-term contract into a longer-term contract.