Fixed income markets have been centre stage in recent weeks, as interest rates have risen across yield curves and geographies.

As a result, the yield curve has been reappraised via two channels.

First, the path of monetary policy as more rate hikes have begun to be priced in, so lifting the short-end of the yield curve.

Second, the terminal neutral rate (‘r-star’ in central bank speak) has been revised higher as reflected by a higher level of real interest rates (this is the interest rate not impacted by inflation expectations and derived from inflation-protected Treasuries). 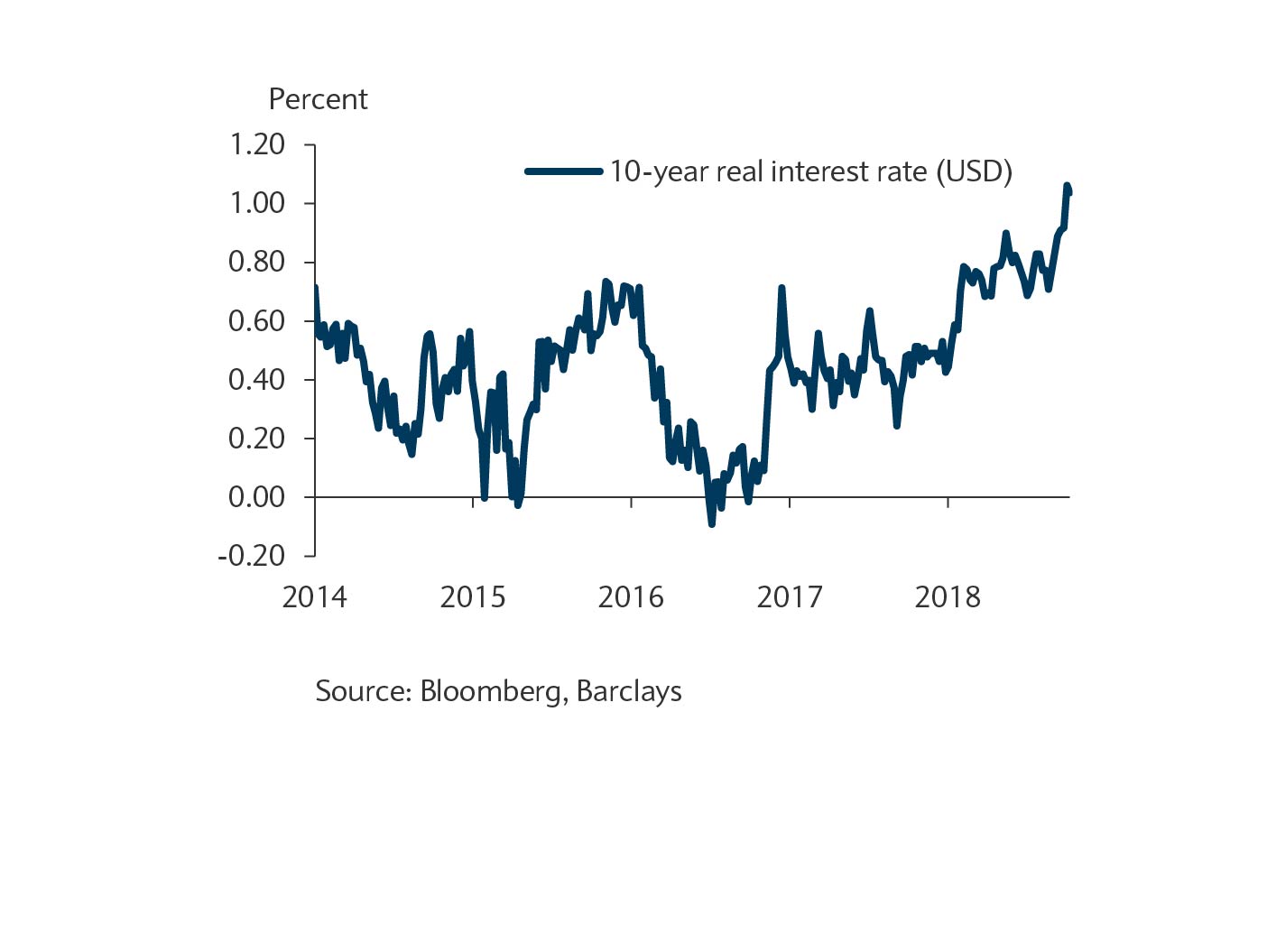 Fed Chair Powell has indicated in previous communication that there will likely be less guidance going forward, as the Fed seemingly looks to reduce its commitment in setting monetary policy based on the unobservable r-star.

We have long held the view that interest rates in the US are likely to rise over time, faster than markets currently anticipate.

However, we have been expecting for this to happen via an increase in inflation risk premium, which has not yet materialised.

Given the recent rise in yields, we feel a fair bit has now been priced-in, and would be looking for catalysts via the inflation risk premium channel in order to remain confident US interest rates can continue to rise further.

The strong hold of political uncertainty

The populist coalition government recently surprised investors by targeting a deficit that is at the higher end of expectations.

The euro, European (bank) stocks and the Swiss Franc have been hit by investor flows based on these headline news. Additionally, if we look at European High Yield debt, we now also see that investors command a material credit premium to US counterparts with a similar credit rating (figure 2). 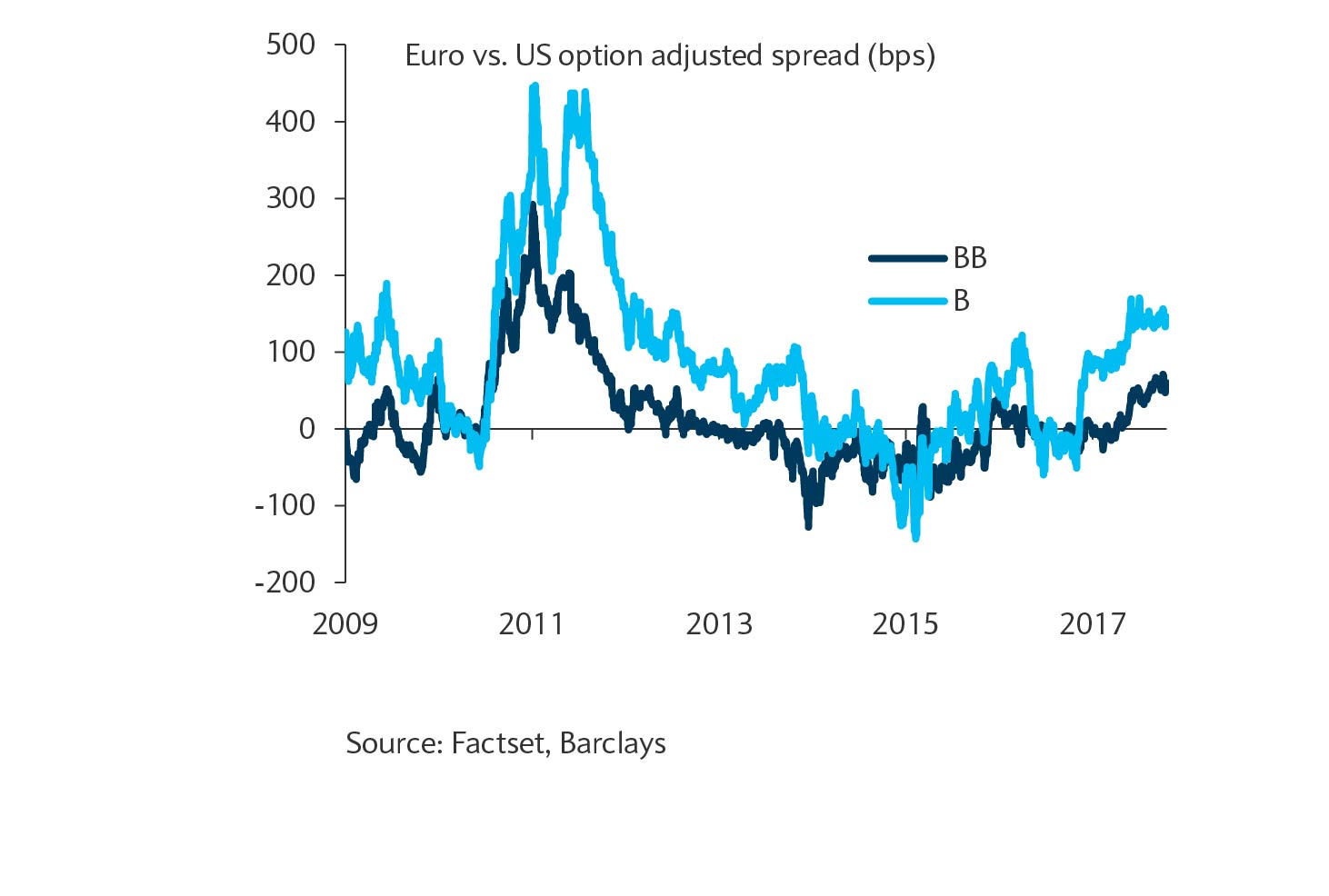 So far this year, there have been some name-specific events that contributed to this divergence, but political uncertainty also appears to have played a role in this.

Here, there may lie a tactical opportunity to rebalance out of US high yield debt (which looks expensive to us) into its more attractively priced European counterparts.