Peering into 2019: what does the future hold for investors?

The future is profoundly unknowable from our current vantage point.  Mostly, we lack the imagination to see the future as anything other than a continuation of the recent past.

The doomers perpetually visualizing, almost fetishising, the next recession mostly seem to describe something suspiciously like the last, but always worse of course.

The economy sectors at the epicentre of the last economic bloodletting, namely the US consumer and the world’s banks, look in much more robust health now. 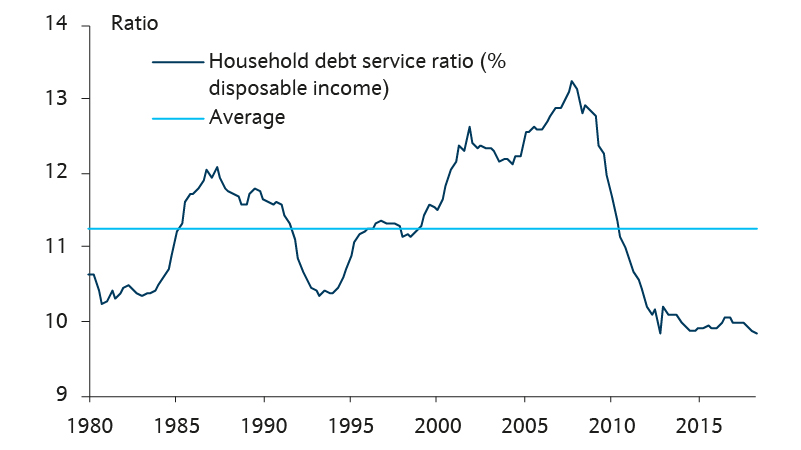 In any case, the experience of the last century would tell us that recessions of the like the world suffered in 2008/09 are very much the exception not the rule.

Nonetheless, the inherent reputational asymmetry associated with repeatedly predicting recessions (the more dramatic the better), allied to the fact that this US economic cycle is poised to become the longest since the mid-19th century, should keep the next downturn very much front and centre for investors next year.

Brexit will continue to dominate the airwaves for those in the UK.

As ever with the mostly unreadable twists and turns, the message for investors is to leave any strong convictions at the door.

The crucial point remains that the UK formally agreed to the draft withdrawal agreement and political declaration on the future relationship between the UK and the EU.

However, the politics is complicated to say the least.

Our hunch remains that the potentially dark unknowns of a hard Brexit will incentivize compromise of one sort or another.

If such a compromise is not found, we should be prepared for both the UK economy and its related assets to be subjected to a more hair raising time for a while.

Nonetheless, the intrinsic value of the stocks quoted on the UK’s exchanges tends to have little to do with the UK economy.

The broad geographical and sectoral diversification inherent in our strategic asset allocation will likely prove an investor’s best defence in such an eventuality.

The UK’s tortuous exit from the EU will probably remain quite far down the list of concerns for policymakers in Continental Europe.

Following European Parliament elections in May, nearly all of the most important leadership positions across EU institutions will turn over.

On the other side of the pond, midterm elections have handed control of the House of Representatives to the Democrats (figure 2). 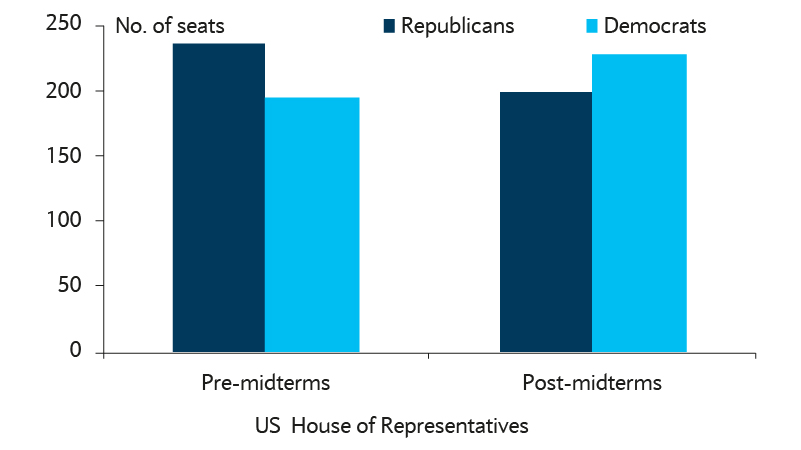 This grants them control of the legislative agenda alongside significant investigative powers, if they choose to wield them.

On the other hand, with the senate in Republican hands, the President should still enjoy discretion over Federal judiciary and cabinet appointments.

Much of what we will see politically in the next two years looks likely to be signalling for the 2020 Presidential elections.

Healthcare was the theme of a very disciplined Democrat campaign, suggesting this will feature high on the House agenda.

For the markets, there are risks for sure.

Presidents stripped of control of the legislative agenda in the past have often pivoted to areas where executive power reigns supreme, such as foreign policy and trade.

Meanwhile, the debt ceiling due next year may provide a more difficult path than the last few deadlines with congress now split.

For the all important US economy, we should see some of the fiscal sugar high of this year (figure 3) fade and inflationary pressure continue to gather, perhaps aided by more tariffs.

It will continue to be all eyes on the Federal Reserve as the central bankers try to feel their way to an appropriate interest rate for the US economy, no doubt under significant political pressure (figure 4). 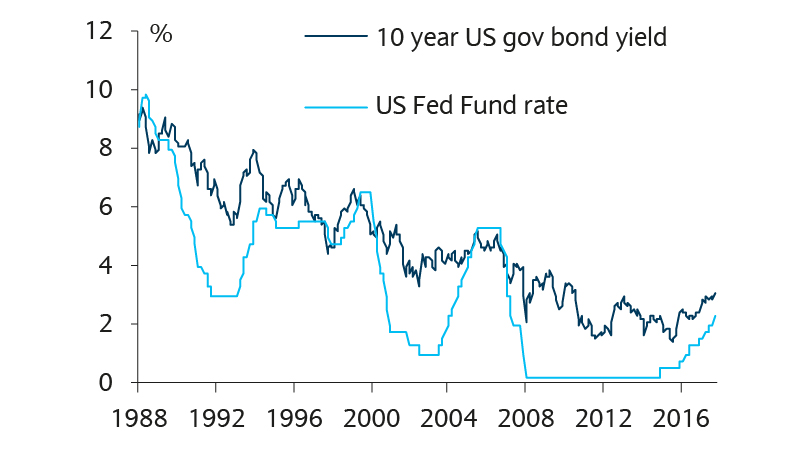 At the other end of the central banking scale, we may also see the first ECB rate rise in Mario Draghi’s eight year tenure as ECB President in 2019, but in the second half and likely only just before he hands the baton over to the as yet undecided successor.

Our hunch remains that underlying trends in the European economy are healthier than widely feared.

As the region’s car manufacturers move on from the troublesome transition to new emissions testing standards and an eventual compromise is found on Italy’s budget, we expect some of this discount to reality to fade.

Should investors run for cover?

Again, the warning for investors is not to go into your shells and run from stocks too early.

There is no fixed length for an economic cycle and no relationship between a cycle’s length and the recession that ends it.

Though the pessimists (will always) sound more rigorous, more sensible even, their prescribed asset allocation medicine is generally poison for portfolio performance amidst a world where growth will likely continue to be the norm not the exception.

Of course, humility, and its investing counterpart diversification, remains appropriate in the face of all that we can’t possibly know about the future.

If the next recession hits tomorrow, our portfolios will not face it constructed as a reckless all in bet on a glass half full view of the world.

However, the indicators that have been of some use in the past continue to tell us that this already elongated economic cycle has room to run yet.

This suggests that well diversified portfolios should continue to lean gently towards stocks in both emerging and developed worlds over high quality bonds.

We will continue to use the strength that we still see coming in the world’s equity markets to reduce this lean over time.