Emerging market bonds have dropped by 5% this year to date, with the pullback in emerging markets (EM) assets rekindling investors’ memories of the ‘Taper Tantrum in 2013’. 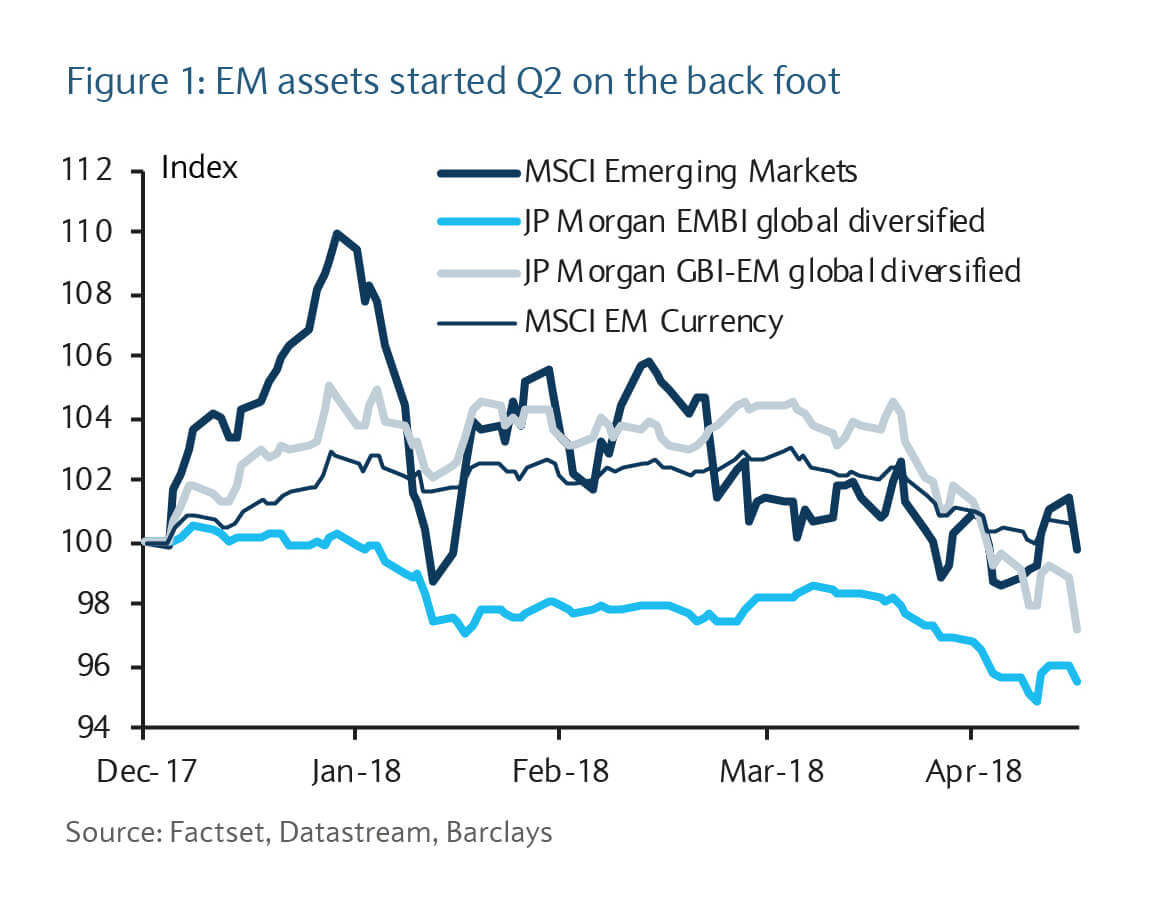 What is the Taper Tantrum?

Since the financial crisis, central banks have slashed interest rates and purchased trillions of dollars-worth of bonds in order to stimulate the economy. While this has mitigated the worst effects of the recession, it has depressed the yields on developed market bonds.

Investors shifted their investments towards emerging market assets, which tend to offer a higher yield. Over time, some emerging market economies began to spend beyond their means, and they became overly reliant on inflows from foreign investors.

By mid-2013, the US economy had recovered enough for the Federal Reserve to discuss the possibility of tapering its bond purchases. This caused US bond yields to spike as markets began to anticipate the reversal of years of easy monetary policy. Global investors began to rethink their investment strategies as the potential returns on US assets increased.

Some re-allocated their investments away from emerging market assets back into the US, prompting a painful readjustment in the former.

Countries whose markets suffered the most were also the ones that had the largest macroeconomic imbalances. In particular, investor focus fell on economies known as the ‘Fragile Five’ – Brazil, India, Indonesia, Turkey and South Africa.

These countries shared a common set of vulnerabilities that stood out during the Taper Tantrum. They had larger trade deficits (Figure 2), were more reliant on external funding from investors, and suffered from persistently higher inflation rates (Figure 3). 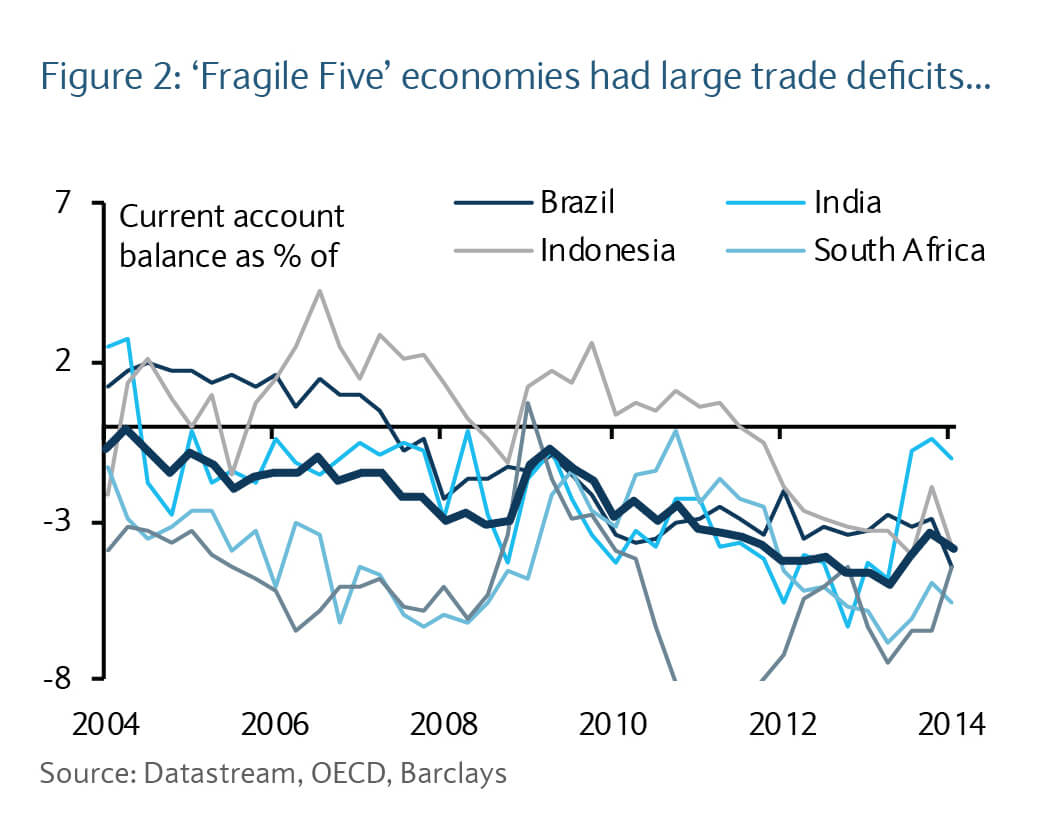 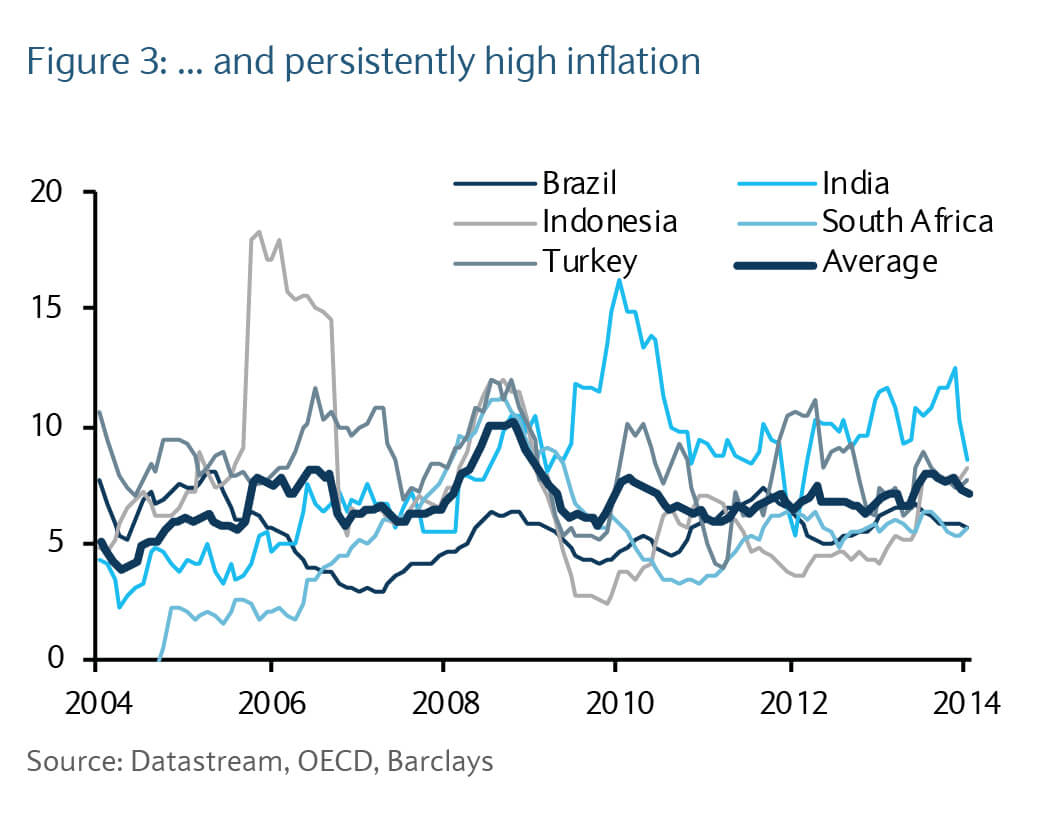 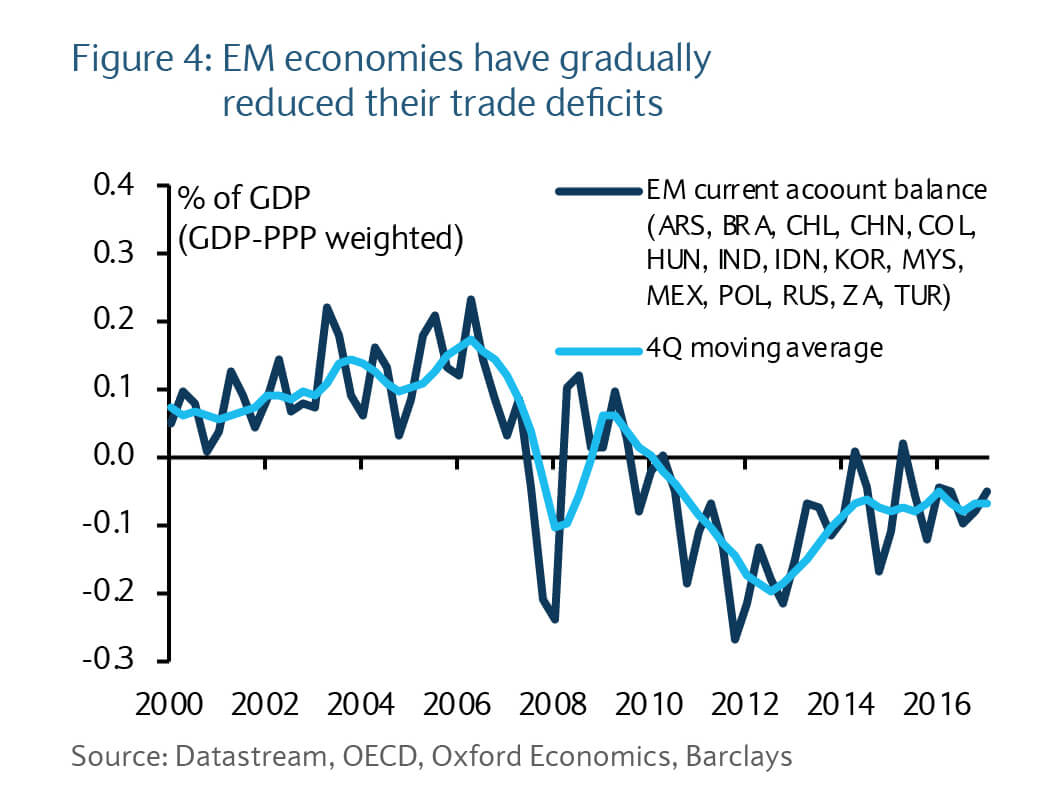 Sorting the wheat from the chaff

The recent pullback demonstrates that not all emerging markets are immune to rising US yields. We used a scorecard to assess which ones are most vulnerable to a renewed spike in US yields, and used a number of metrics to help quantify external imbalances within these countries.

We included metrics such as the ability to attract foreign investment flows and the adequacy of foreign currency reserves. We then ranked each major emerging market based on these metrics, and obtained a set of relative rankings based on how vulnerable these economies appear.

Countries such as Argentina, Turkey, and South Africa appear the most vulnerable to rising US yields (Figure 5). Emerging Asian economies appear the least vulnerable. Many Asian countries have highly competitive export sectors, and tend to have trade surpluses rather than deficits so can accumulate more foreign currency reserves.

With the US embarking on a faster pace of rate hikes compared to 2013, emerging market economies have broadly increased their resilience to rising yields.

We believe emerging Asia is less exposed to volatile commodity price movements, and is better placed to benefit from the ongoing global demand and healthy trade. The region also seems less vulnerable to rising US yields.