Strikes and strong demand driven by China boosted the price.

According to International Copper Study Group, data mine supply utilisation averaged 81% last year. It has only ever been this low once in the last 20 years. 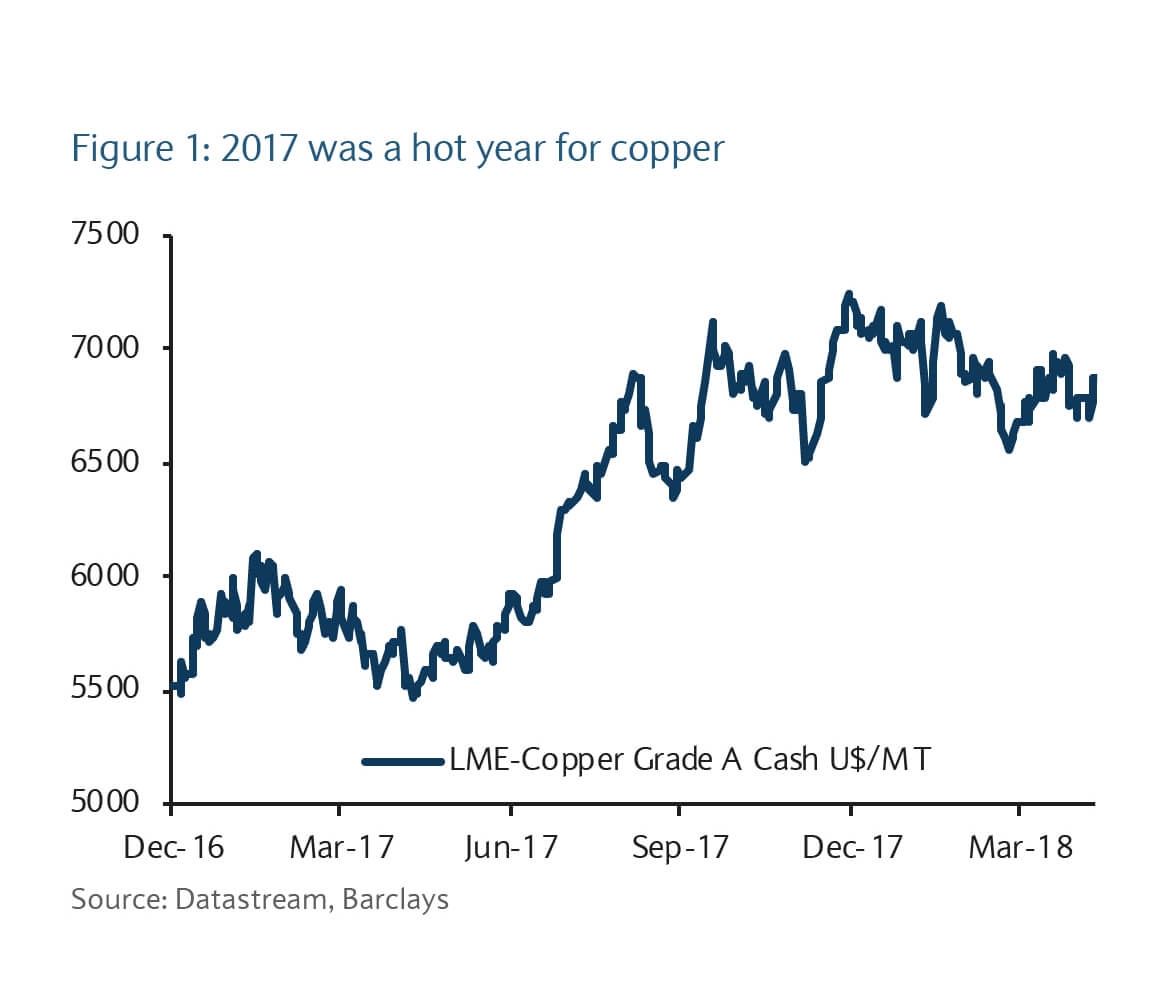 A chief cause was the 44-day strike at the Escondida mine, Chile’s longest strike in at least a decade. Speculative positioning might have helped the copper price as well. Fund managers amassed a record long holding on the CME’s COMEX copper market last August (Figure 2). 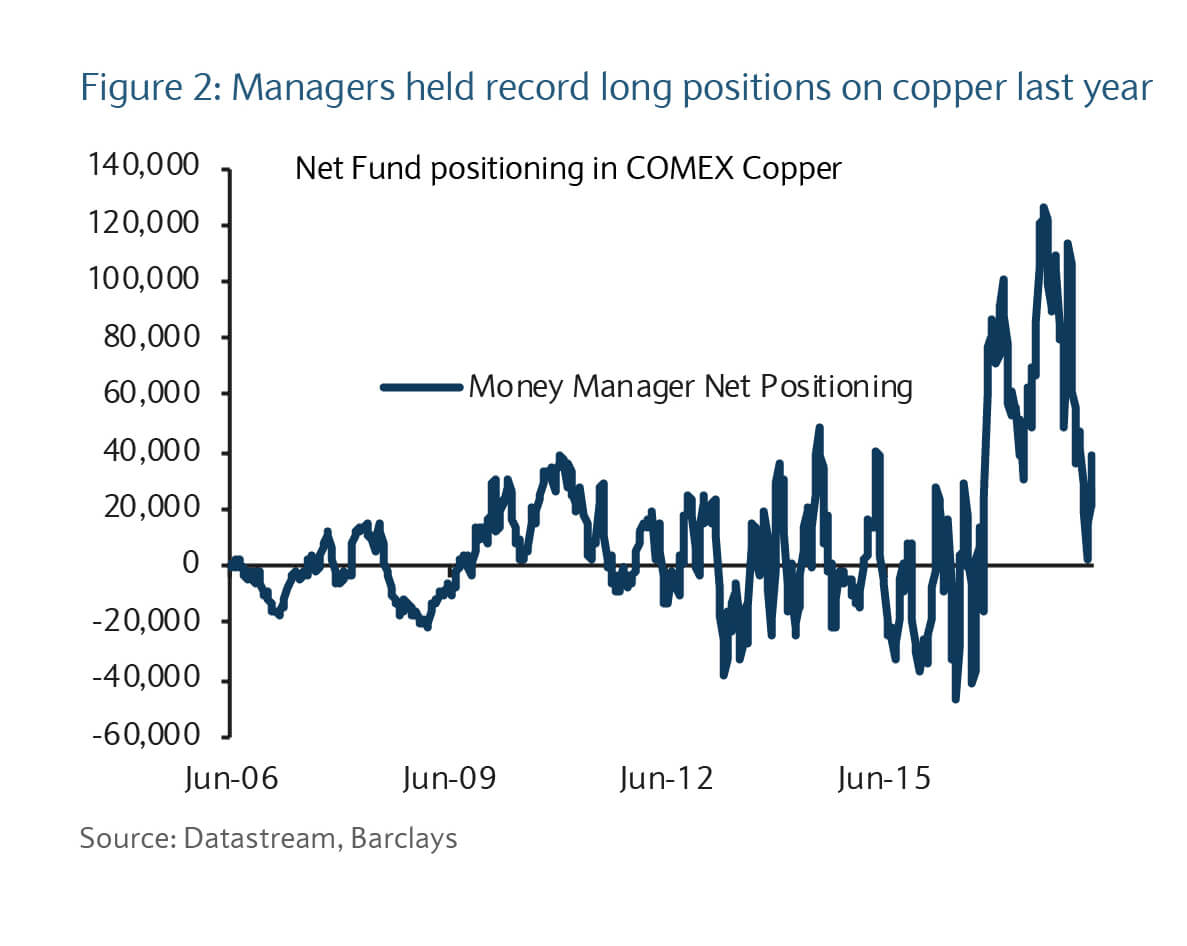 ...but now copper is at a crossroads

While demand conditions globally are strong and projected to remain so, consumption growth in the world’s largest copper market, China, looks set to slow further in 2018.

The most recent Chinese macroeconomic data shows an economy growing fast and beating expectations of a slowdown. However, demand growth shows that this market is entering a new phase of slower growth despite good headline GDP numbers.

Moreover, the market is ignoring weakness in one critical sector of Chinese copper consumption: real estate. The rebound in the Chinese property market (brought about by a credit expansion in 2016) is showing signs of fading.

A decline in mining production in 2017 is likely to reverse in 2018, with copper supply expected to return to low single-digit growth.

Overall, the copper concentrate market may be balanced in 2018, depending on the level of supply disruptions. While the number of labour negotiations at mines will be above norm, concentrated primarily in Chile and Peru, there are reasons to assume only historically-tested disruption rates until proven otherwise.

The massive 2017 disruption to supply was caused by the duration and not the number of strikes. Many strikes are  short enough to be resolved before even impacting production. As most contract negotiations are due in the second half, it is very likely we will see more early resolutions.

More concentrate production, combined with a slowdown in demand from China, should result in weaker copper prices. The risk of massive supply outages from strikes created a “fear premium” for copper, pushing it above and beyond what simply supply and demand fundamentals suggest. The effect of the strike at Escondida last year on the market was mitigated by a surge in new scrap supply.

This year, with China placing new restrictions on scrap imports, the likelihood is low that a wave of scrap mitigates the damage from a prolonged dispute. As a result, this is exposing the metal to a high degree of volatility in 2018.

However, any significant rally in response to a disruption or other supply outage would likely be short-lived. With the potential for price spikes noted, we think copper is likely to descend throughout the course of the year. Overall, investors should prefer other commodity sectors like oil.

For more information on investment options and ideas, please see our Investment Services.